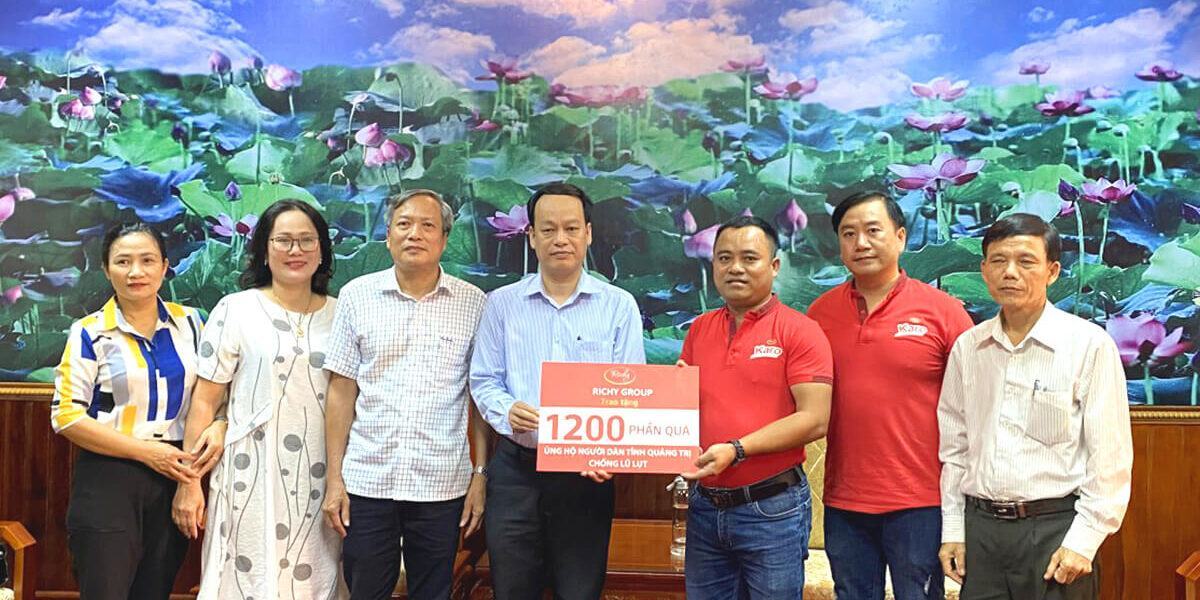 In the past few days, due to the influence of tropical depression and storm No. 6, the flood situation in the central region has not been reduced. Severe floods in the provinces: Thua Thien Hue, Quang Tri, Quang Nam, Quang Binh and Ha Tinh… caused many localities to sink into the sea, causing heavy loss of life and property, and people’s daily life. people face many difficulties. The flood peak water level in some places has already exceeded the historical flood level and is expected to last for a long time.

In the face of these difficulties and losses, with the spirit of mutual affection and the nation’s tradition of caring, Richy quickly contacted and connected with flood-hit localities in the Central region, wishing to give small gifts. , to support, share and support people in flood areas to quickly overcome and overcome difficulties.

Representative Richy hands over necessities to support people affected by rain and floods at the Vietnam Fatherland Front Committee of Quang Tri province.

The nutritious, delicious and convenient Richy confectionery gifts will give strength to overcome difficulties and support the spirit of people in flood areas.

Richy’s representative, Mr. Pham Van Vy – sales director for the Central region of Richy Group shared: “In the past few days, the situation of floods in the Central region has been continuously updated on national news channels, and even on news channels. The country is turning towards its compatriots. As a child who was born and raised in the central region, I fully understand the difficulties of the people in my region when they have to deal with the annual floods and storms. Honored to represent the entire Richy Group, we would like to give a small gift to share with the difficulties and losses of the people of Quang Tri province. We hope that this contribution will contribute a small part to help alleviate the difficulties that people are facing, and encourage them to settle down soon.”

After receiving gifts from Richy, the provincial Vietnam Fatherland Front Committee distributed all necessities to localities.